Any Student who is interested in playing golf this season should attend the meeting on March 16th during Home Room in Room 105.  See Mrs. Quinn if there are any questions

Anyone interested in participating inTrack and Field this year,  sign up in the main office by 3/2.  Questions….see Miss P. in Room 305

Any boy, grades 9-12, interested in signing up for Boys Basketball, please see Mr. Langi in Room 102

It is with genuine regret that we have decided to cancel this year’s Johnny Gaudreau Scholarship Golf Tournament, scheduled for July 24th, due to the ongoing crisis affecting our world, our country and great state of New Jersey. We do so with heavy hearts. The scholarships that are funded through the Gaudreau Family Scholars Program remain an important priority for all of us. More than 30 students at Gloucester Catholic have been positively impacted by the generous support of our golfers and sponsors. There is hope. We have already started the planning for the 2021 Johnny Gaudreau Scholarship Golf Tournament, one that we promise will be bigger, better, and more impactful. For your support of Gloucester Catholic and the Gaudreau Family Scholars Program, we remain grateful. We send our best wishes to you and your families for good health in these exceedingly difficult and challenging times. In the true spirit of Gloucester Catholic, we will come through this stronger.

Just a reminder that any student playing a Spring Sport must have a current physical before they can tryout/ begin practicing.  Please contact Nurse Gorman to be cleared for tryouts/practice. Physical forms can be downloaded from the Gloucester Catholic website.  http://www.gchsrams.org/General/Info/Physical_Forms.pdf    You must turn in their physical forms to the school Nurse by February 24th.

Anyone interested in joining the track team this year, please sign up in the Main office by Friday 2/14 at 2:20 PM.

Any boy interested in playing baseball must attend a meeting along with their parents on Sunday, January 12 at 12:00 PM  (noon) in the Cafeteria

Bleacher Creature t-shirts are $10.  Please bring your money in by Friday, January 10th.  You will not be able to order a t-shirt without pre-payment. Please give your money and order to Mrs. Heins in the Main Office. 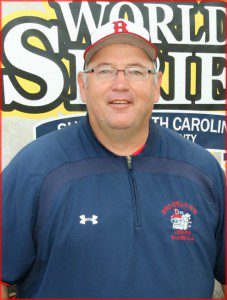 Veteran baseball skipper Dennis Barth will return to Gloucester Catholic as head coach of a Rams’ program he helped to establish as one of the best in New Jersey over the past several decades.

Barth left GCHS in 2012 to serve as head coach at Rutgers-Camden, where he guided the program to the only two NJAC conference championships in school history. Barth replaces Adam Tussey, who resigned as Rams coach after four successful seasons.

“I’m excited to return as coach – everyone knows our high expectations here at Gloucester Catholic, and coach Tussey left a solid foundation that we will continue to build,” Barth said. “We have a proud tradition of winning here, and I know the program will continue to be successful.”

A former player at Gloucester Catholic and a 1980 graduate, Coach Barth has a long list of accomplishments, including:

Coach Barth is nationally recognized as coach of the Brooklawn American Legion baseball team, winning a Legion World Championship in 2001 and making multiple appearances in the Legion World Series Tournament

Athletic Director Patrick Murphy congratulated Coach Barth, who met with his new team earlier this week, on his return.

“We welcome Dennis back as coach,” said Murphy. “He’s excited to return, and of course his return will be beneficial to our program.” 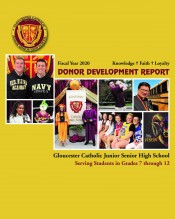 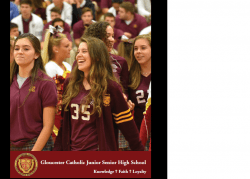